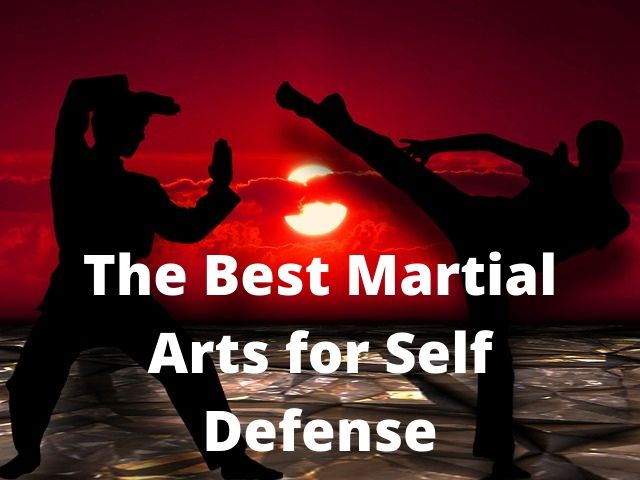 Hello! Welcome to my "The Best Martial Arts For Self Defense" article!

In this article, we will finally find out the answer! Furthermore, we will be clarifying things that people say about martial arts.

If you are interested, then be sure to finish reading it! Also, let me know what you think in the comment section.

Without any further do, let's get started!

What is Martial Arts? 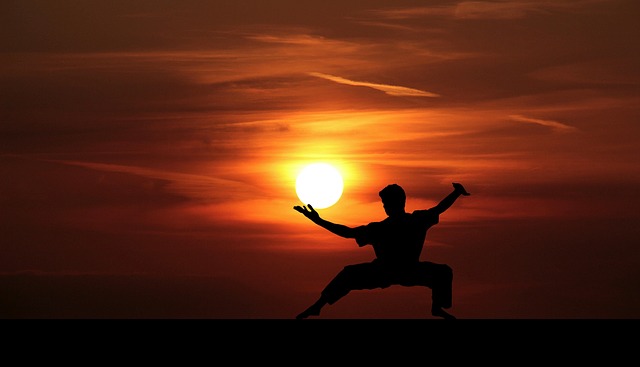 Before we begin, let's get to know what martial arts is and try to clarify something. The most common misconception about it is that people learn the art just for beating up someone.

Furthermore, the moment they hear "martial arts", they think of kung-fu with those flashy moves they see in movies. However, martial arts is more than that. It was never created for fighting and give you bragging rights just because you know you can fight back.

To some people, it is a way of life. It sounds corny or cheesy but others see it like that. They find peace in doing it.

Martial arts are systems that are codified, as well as traditions of combat created for a lot of purposes. That includes the following:

Furthermore, martial arts are used for entertainment such as in movies. Apart from that, each discipline helps in preserving a certain nation's intangible cultural heritage.

As for the origin of the word, "martial arts", although people associate it with east Asian countries, it is actually European. It is derived from a Latin word that means "Art of Mars", who is the Roman God of War.

The Best Martial Arts For Self Defense

For years, people have debated whether which one is the best martial arts for self-defense. Here are the top 10 which can put an end to that question.

The first one we have is Brazilian Jiu Jitsu. Let's have some brief history class regarding it. The creators and founder of this martial arts are the brothers, Carlos and Helio Gracie.

The two of them based it off of Judo, which is another martial arts, a derivative of Jujutsu. Judo usually favors the bigger or the larger fighter. Helio, who is the smaller one, felt like he was at a disadvantage.

He developed Brazilian Jiu Jitsu in which he designed it to use leverage to win a fight rather than brute strength, just like in Judo.

Brazilian Jiu Jitsu is focused on ground-based grappling. Furthermore, it is a mixture of takedowns, grapples, submission locks and many more.

The reason why this is one of the best martial arts for self-defense is mainly because, it is designed to use leverage against larger opponents. Most MMA fighters learn BJJ because it is very useful. In the street, it is even more effective and useful.

Chokes can make your opponent unconscious, joint locks can lead to breaking pressure on joints, and there are moves that can even lead to broken or dislocated bones. 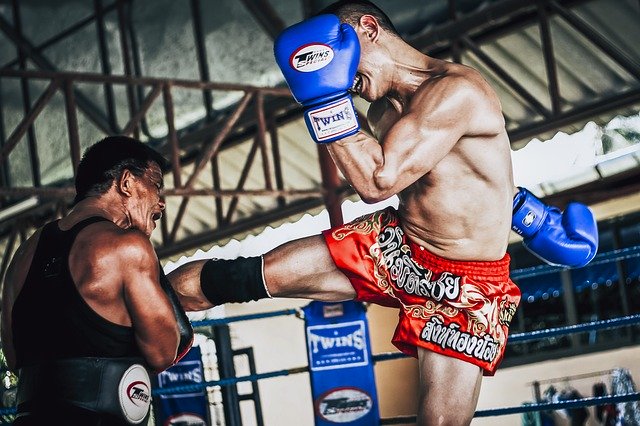 Nicknamed: The Art of Eight Limbs

Muay Thai originated in Thailand and has deep roots in the country's culture and history. Furthermore, it is their national sport and cultural martial art. Muay Thai is regarded as one of the deadliest martial arts ever developed.

Thailand was very vulnerable from the attacks of other countries before. Thai warriors used this martial art to defend themselves.

As the stronger ones survived, Muay Thai also become stronger and got more developed. It was passed on from one generation to another.

There is a reason why Muay Thai is nicknamed, "The Art of Eight Limbs". It was designed to use all of our limbs as weapons; our hands become swords and daggers, our elbows as hammers, knees as axes, legs as staffs and both our shins and forearms as shields.

Muay Thai fighters are very deadly and they strike with power. Imagine receive knee or elbow strikes! That can bring a lot of pain. 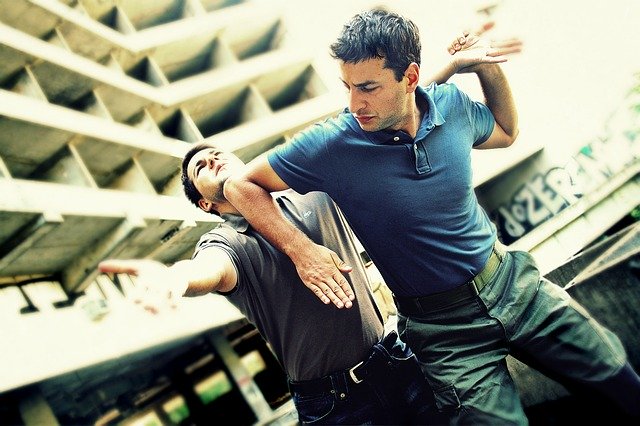 Krav Maga was designed for life and death situations. Furthermore, most of the moves are simple but deadly.It was created by a renowned wrestler, gymnast and boxer, Imi Lichtenfeld.

In the mid 1930s, he developed this martial art to defend his town and family from anti-Semitic groups who were terrorizing the Jewish community. He taught young vigilantes to aid him in protecting the people.

Krav Maga is mainly for neutralizing threats. There are three pillars in this martial art.

1. Neutralize the threat, which is the main goal of Krav Maga.

2. Simultaneous offense and defense. In Krav Maga, both the attacks and your defense are used together. So basically, you just defend and at the same time, make way for a counter-attack. Other styles tend to wait until there is an opportunity to attack.

3. Krav Maga practitioners are taught to take advantage of a body's vulnerabilities such as the groin, neck, eyes, throat, fingers and many more. This style does not have any rules about what to hit and do. 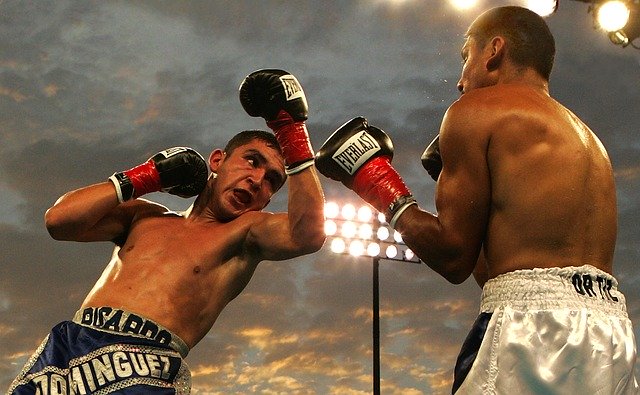 Country of origin: Existed in different parts of the world in the early stages

This is probably one of the most recognizable martial arts and sports today because of all the exciting matches we have seen on live television.

Furthermore, boxing is one of the first and original martial arts. Compared to other disciplines in this list, boxing is quite simple since it focusing on punching.

However, for those who say that boxing will not really help since punching is very easy, well boxing is more than that.

It teaches you how to properly execute your punches to avoid injuring yourself.Moreover, it is great because it enhances head movement, footwork, reaction time, endurance and many more.

Boxing, along with Muay Thai, are great for self-defense since most fights begin while standing up. Also, even for a short time of training, maybe 6 months, you can be proficient at defending yourself already. 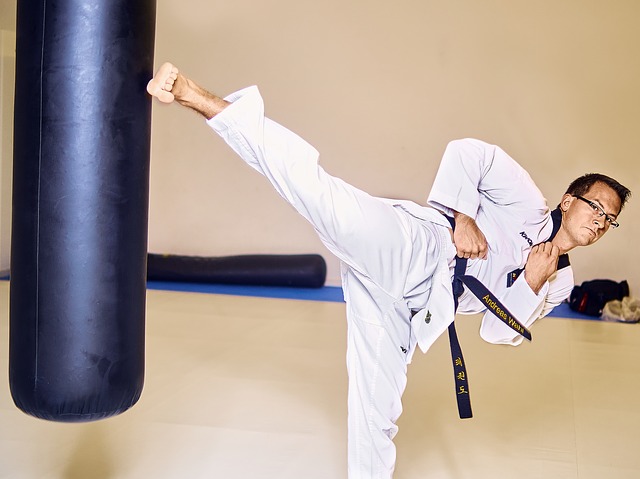 Nicknamed: The Way of the Hand and Fist

Some people would say that Taekwondo is not that effective and that it is only for "theatrics" and entertainment because of its flashy moves.

But don't forget, it is known for its fast and powerful kicks. These are strikes that can easily knock your opponent well, that is if you executed it properly and with precision.

Apart from that, Taekwondo develops your flexibility, endurance, agility, power and many more.

Imagine receiving a very powerful and fast kick to your head. Do you think you can still stand on your ground? I don't think so. 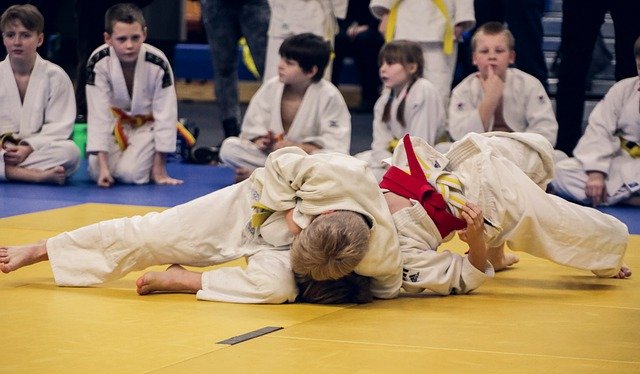 Now, you might be wondering how a martial arts that has no attacks or blocks, can be a great self-defense when it only focuses on throwing people and grappling.

Well, hear me out. Yes, it is true that there is zero defense techniques in this style, as well as strikes (depends though if you really learn it deeply).

However, I included it on this list because of its focus and single-minded approach on throwing and pinning your opponent on the ground.

Even its practitioners, both beginners and professionals, are afraid of being thrown on the ground even though there is a Judo mat! It is because one properly executed throw can easily take the wind out of the opponent.

Now, think about doing it, but without a mat and straight to a concrete floor. Furthermore, if Judo practitioners are afraid of being thrown, how much more the people who don't practice it? 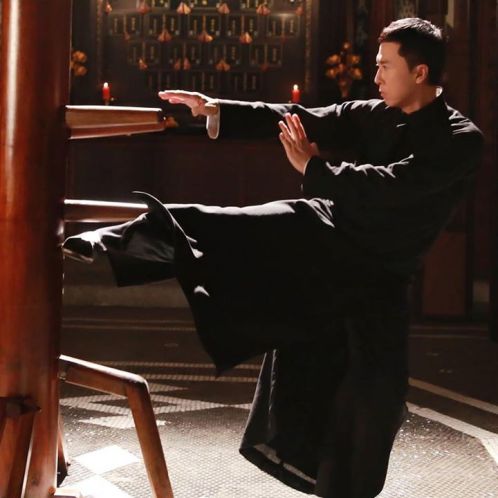 Have you ever watched the Ip Man movies? If not, do you know Bruce Lee? Because the man behind his training was a grandmaster of Wing Chun, Ip Man.

Most people today, especially the ones who grew up watching Boxing and MMA, think of Chinese martial arts, like Wing Chun as a joke. But in reality it is actually so effective.

Stories state that it was created by a woman who was a Buddhist Nun, Ng Mui. She designed it to be used regardless of size, gender or weight.

Wing Chun fighters are very specific on their balance so that they won't be knocked down by their opponent. Furthermore, they really want to train their stance.

Nicknamed: The Way of the Intercepting Fist

Speaking of Bruce Lee, the famous actor and martial arts practitioner, trained by Ip Man himself, he created one of the most practiced martial arts in the world today, Jeet Kune Do.

Although some people argue that it is not a system of martial arts but a philosophical journey of martial artists, its techniques are very effective. Furthermore, Bruce wrote a book about the art.

All of the things you can learn there are backed with logical reasoning including placing your strong side towards the opponent and other strategies.

It is excellent for self defense because it uses a lot of physical applications with a wide range of options. Furthermore, it has a large depth and variety. 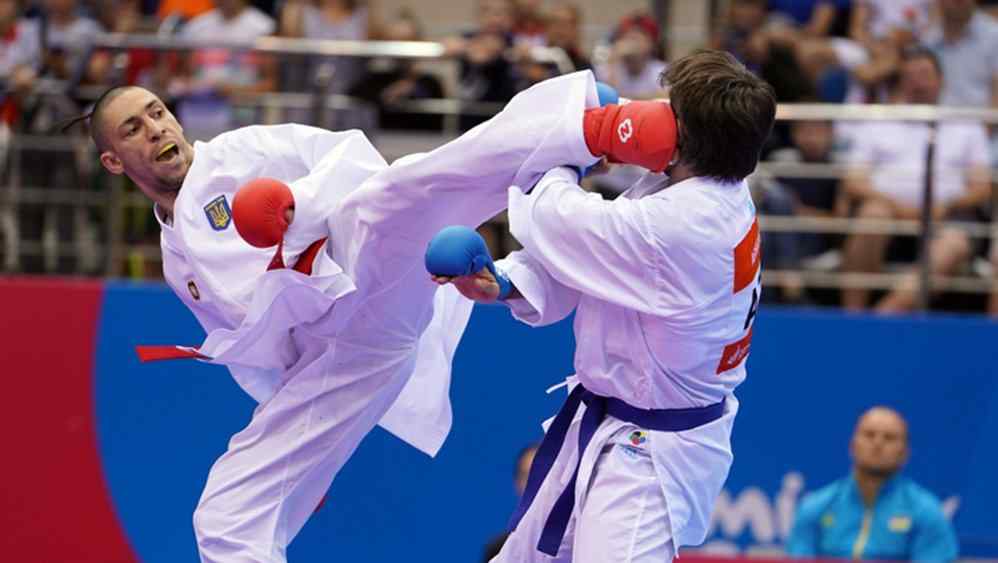 Also known as: Karate Do

Karate is one of the widely known martial arts in the world. Some of the people probably got enrolled in a karate class when they were kids.

Although some of you will say that Karate, along with Taekwondo are not effective for self defense but only for character development, then let me change your mind.

The main reason why it is in this list is its sheer solid nature that Karate possesses. Furthermore, punches, kicks, grapples and blocks are part of it!

Karate practitioners are trained to punch and kick hard and to perform takedowns, as well. If you didn't know, one of the famous UFC fighters, Lyoto Machida showed his skills in Karate inside the octagon! 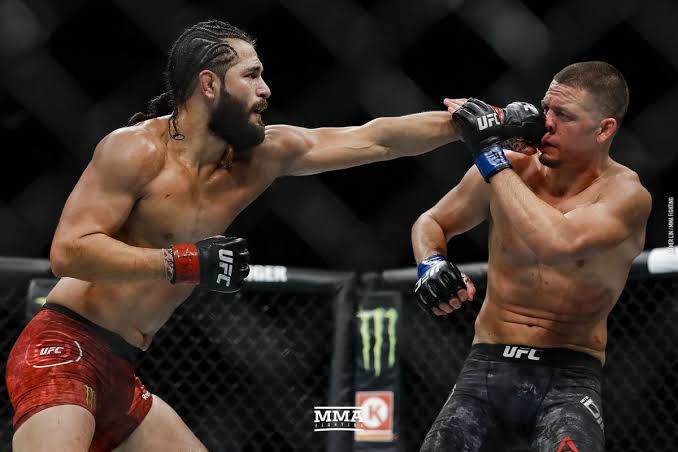 MMA or Mixed Martial Arts, does not need any in

Introduction! It is way beyond for fighting inside a cage like in the UFC. MMA is basically a combination of different martial arts and use them to defend yourself!

It has strikes, grapples, takedowns, submissions and many more. Furthermore,. the training is really good because it is designed to improve your skills as well as your body.

Does it need more explanation why it is one of the best martial arts for self defense? I think not.

Well, there you have it! The best martial arts for self defense. You might be wondering which one of them to learn!

My answer on that is it depends on your preferences. Furthermore, I suggest that you learn the one that you are comfortable with and the one you like!

It is not the style that's important but your skill, your knowledge and how you execute and apply all the things you learned to defend yourself and your loved ones!

And yes, I said defend, not to start fights. Do not start bragging and picking up fights with anyone just because you know a martial art. That's not the purpose.

Thank you so much for reading my "The Best Martial Arts For Self Defense" article! If you have comments or questions, leave them on the comment section below!