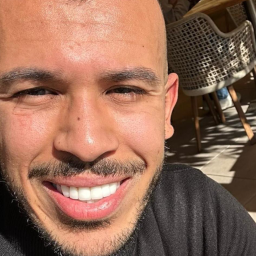 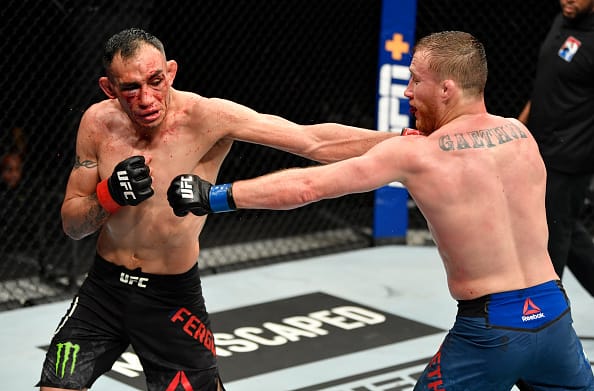 Today, in the world of sports, Mixed Martial Arts and Boxing are growing larger day by day. Both garner accumulated billions of views annually. Although boxing surfaced in the mainstream earlier compared to MMA, the latter is gaining a lot of exposure in recent time.

Seeing how both sports sometimes become too brutal, fight fans ponder upon the question, "Is MMA more dangerous than Boxing?". If you're an avid fight fan, I'm sure you'll be wondering about this also.

Huge cuts, bloody faces, crooked nose, and other facial or body injuries happen almost every fight whether it's Boxing or MMA. In this, article, we will be comparing the two combat sports and find out which one is actually the more dangerous.

What Is MMA and Boxing?

MMA and Boxing are the two most popular combat sports in the world. Both sports' superstar fighters are known across the world like Floyd Mayweather, Manny Pacquiao, Conor Mcgregor, and Khabib Nurmagomedov.

Both sports have similarities and differences as well. Before moving to the facts and answers to our question, let’s get some background information about the two sports, and explain how either of them plays out.

Boxing is a combat sport, participated by two people. Using protective gloves, they throw punches at each other within a certain amount of time.

The victorious one will be determined if ever the opponent is deemed unable to continue to fight, disqualification, forfeit by throwing in the towel. If ever both of the fighters managed to finish all the rounds, then it is time to go to the judges' card.

The one who receives the highest score, wins the match. But if their scores are equal, that means they have a draw. When it comes to the Olympics, the judges make sure that only one fighter remains victorious.

MMA, shortcut for Mixed Martial Arts, is a full-contact combat sports in which fighters are allowed to perform grapples, throws and striking. Furthermore, they can do these, standing and on the ground.

Fighters are decorated with different kinds of martial arts and yes, they can use all of their techniques and moves in this sport. That is why it is called Mixed Martial Arts. Think of it as a huge crossover between martial arts.

The winner of the fight is determined by either by TKO, KO, Submission, or decision if the fight ends up on the scorecards. A submission is when a fighter yields or taps due to being choked or locked, hence resulting in an immediate defeat.

What Are Their Differences?

The main difference between the two sports is that boxing only focuses on punches. Furthermore, the only ones that the fighters can hit is the head of the opponent, and the body above the belt.

While in MMA, fighters use a wide variety of martial arts, which includes boxing, of course. Also, they can perform grapples, throws, submissions and strikes, both on the ground and in standing position.

As for the facilities and equipment, boxing takes place in a square-shaped ring, while MMA is done inside an octagon-shaped ring or cage.

Another one are the gloves they use. Boxing gloves are much bigger and heavier. They usually weigh around 0.3 to 0.5 kilograms. Moreover, they are cushioned to give protection to the hands.

On the other hand, MMA gloves are smaller and much lighter, which weigh 0.1 kg. Furthermore, the fingers are exposed, making fighters have an easier way to perform submissions and other techniques. 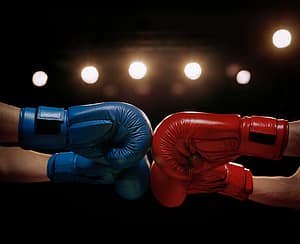 Boxing matches can have 12 rounds having 3 minutes each. Furthermore, there is a 1-minute rest in between. The striking method is punching only.

Furthermore, fighters can only hit above the belt. However, hitting the back of the head and the neck is not allowed. When the opponent is down, the fighter must stop striking. Then the referee begins to count from 1 to 10. Failure to recover and stand up leads to a knockdown.

Other ways to win is via unanimous decision (judges' scorecards), disqualification and if the opponent forfeits through throwing in the towel inside the ring.

In the case of MMA, fighters are permitted to do more than just punches. They can kick, use elbow strikes, punch, use submission moves, grapple, takedowns and even use their knees for striking.

There are exceptions though. Groin attacks are illegal. Knee strikes to the head when the opponent is on the ground is not allowed. No eye gouging, strikes to the back of the head and spine, head butts, biting and hair pulling.

An MMA match runs for 5 rounds, having 5 minutes each with a 1-minute rest in between. As for the ways to win, it is similar to boxing, having a knockout, technical knockout, disqualification, forfeit, and decision. However, MMA fighters can also win via submission.

Is MMA More Dangerous Than Boxing?

Now, before we finally get an answer, we must know that almost every sports have the potential to injure someone. Usually, people talk about how combat sports are dangerous because it can hurt people. But so does other sports! Anyways, onto the topic.

Also, most of the time, MMA matches always tend to end up a lot bloodier and gruesome since you can get dislocated or broken bones, than boxing matches in which fighters only get cuts and bruises on their faces at the worse.

Although it is a good guess, that is not the correct answer. Before you disagree with me, hear me out first. Here are the reason why boxing is the one that is more dangerous compared to MMA.

We have discussed how MMA has a lot more techniques, strikes and ways to knock an opponent down. While boxing only focuses on punches. If you think about it, in MMA, you have a lot of places to strike and a lot more ways to end the fight, with the addition of submissions.

You can do an arm bar, choke hold, triangle choke, kimura lock and many more. Furthermore, you can kick and punch the opponent's body, leg or even the face. However, even though these are many, they are still nothing compared to receiving repeated strikes to the head, in boxing.

Yes it is true that in MMA, you can easily get injured. Fighters get to break their bones, acquire torn ACLs,or even put unconscious using submissions. However, MMA fighters rarely cause brain damages to their opponents.

Even researchers studied this and proved that boxing is more dangerous. When it comes to injuries, MMA fighters are more prone. That is why most MMA matches are bloodier.

But on the other hand, while boxers tend to not end up bloody, they are more prone to long-term effects, such as concussions and head trauma which could lead to CTE (Chronic traumatic encephalopathy). Repeated blows to the head increase the chances of affecting the brain!

Both fighters in boxing and MMA use padded gloves to protect two things; the opponent, and their hands. Striking and throwing punches to someone while bare-handed actually hurts a lot! In fact, if you punch too hard, you will end up breaking your knuckles.

But comparing the gloves in both sports, boxing gloves are heavier, bigger, and is more padded to protect the hands of the fighters. MMA gloves are way lighter and less padded.

That means that in MMA, it is easier to knock out an opponent, right? Since fighters can throw more powerful punches. However, a lot of researchers have proved that more padded gloves are way more dangerous since the impact they can cause increases.

Furthermore, in boxing, the range of allowable parts to strike is small compared in MMA. Most of the time, fighters receive throws in their heads.

The longer the fight time means the longer that fighters receive strikes that could endanger them. Boxing also has a fast pace fighting where a boxer is demanded output in order to win points to win the round.

In MMA, since it's diverse with different disciplines of martial arts, you can just take an opponent down, mount them, and stay in control. Control time plays a huge factor in points and when done dominantly, will guarantee the fighter a round.

In MMA, when a fighter gets knocked down or knocked out, the opponent can continue to attack him, but when a referee sees that a fighter is unable to continue, he can immediately stop the fight. That can actually save them from taking further punishment from their opponents.

However, in boxing, once a fighter is down, the referee will still count to ten. Due to the excellent conditioning boxers go through in training, their body can manage to stand up and keep fighting, especially with the adrenaline your body is experiencing.

The bad thing is, a boxer can be physically standing up but not actually fit to fight anymore due to concussions or head injuries. If ever the fighter manages to get back up, that means he/she can still receive more strikes, making the concussion and head injuries worse.

CTE is the term for Chronic traumatic encephalopathy. It is a brain condition that causes brain degeneration, and is linked to repeated head traumas and injuries. CTE gets worse over time, and can lead to complications.

Symptoms of CTE include difficulties with emotions, cognition, physical and many more. Memory loss, confusion, impaired judgement, depression, anxiety, parkinsonism, and eventually dementia are some of the progressive indicators that one is experiencing CTE.

Up to this day, this condition is still not understood well. However, more fighters in combat sports have displayed CTE symptoms and actually acquire this condition based on death records.

To summarize the answer for "Is MMA More Dangerous Than Boxing?", I would say that boxing is more dangerous.

This is due to longer fight time means longer and more punishments to receive, concentrated strikes to the head which increase the chances of damaging the brain, and the stoppages of the matches are longer because of the 10-second count.

When we talk about strikes, the only time that MMA gets more dangerous is when the fighters receive head kicks, elbow or knees to the head. Furthermore, MMA is more likely to make the fighters bleed easily and acquire injuries during matches.

Thank you so much for reading my "Is MMA More Dangerous Than Boxing?" article! If you have questions or comments, please feel free to leave them on the comment section below!